An American Icon in Northwest Indiana

Broken Wagon Bison began in 2003 after owners Wally, Bud, and Ruth Koeppen paid a visit to friends who were already in the business…and the seed was planted.

After the arduous task of building fences, a corral, and a handling facility, they joined the National Bison Association and, in the fall of 2003, purchased their first 10 bison—7 breed cows, 2 heifer calves, and a yearling herd bull they named Big Bad John.

Located on 160 acres in Hobart, IN, Broken Wagon Bison’s herd now numbers over 100 and provides locally grown bison meat, bison leather goods, and bison hides, as well as one-of-a-kind jewelry at their store located at 563 West 450 North in Hobart, Indiana. 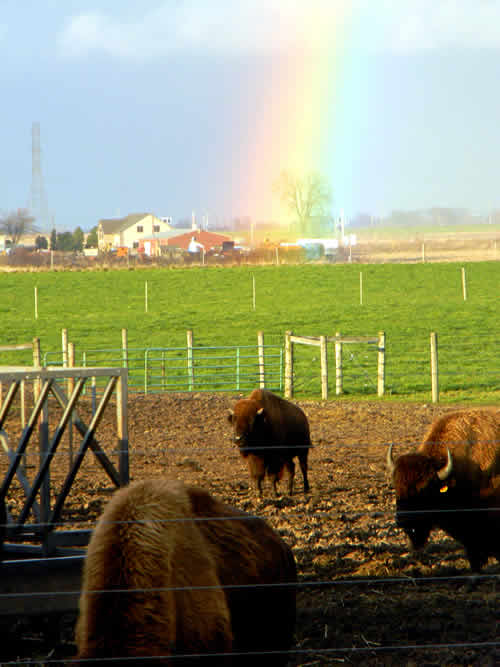 Private tours for groups of 20 or more are offered from June 1st through October 30th. Rservations are required.

All tours are $10 per person and include a stick of genuine bison jerky. Click here for more bison tour information. 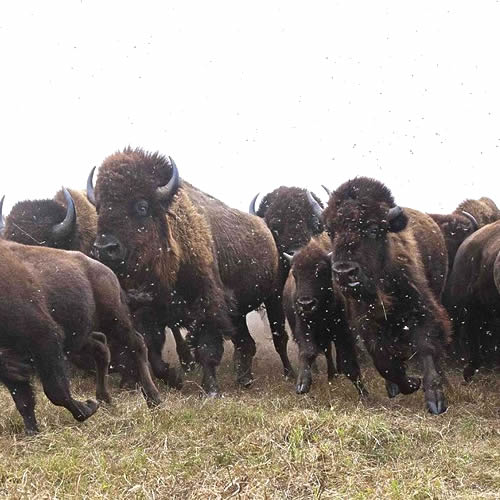